This image was taken with a full-spectrum converted camera, and represents a very fun adventure into new areas of photography for me. I’ve always wanted to do a star trail image that focused on reflections as well! View large!

“Full spectrum” means that the camera can detect light from wavelengths beyond that of human vision. Camera sensors are normally sensitive to ultraviolet and infrared light, but a filter in front of the camera blocks this light from being recorded in the image. In this way a camera shows us a similar world to the world we see with our own eyes, but what if you wanted to collect all the light? Remove the filters and you’re pushing new limits.

Images done in “full spectrum” look very strange and far “redder” than you would expect. This is because there is a ton of infrared light, especially on a sunny day, that messes with the camera’s ability to record colours properly. In many ways a full-spectrum camera is useless, but the night sky is an exception. Because the white balance has to be skewed to compensate for the additional light, “true” colours aren’t exactly on the menu; the light pollution that we would see as orange on the horizon is green because of this colour shift. There is variation in the colour of the stars that we see in the frame as well, and my first impression is that I’m able to see a greater variation in full-spectrum than I can with my regular camera.

You might ask why I would convert a camera to full-spectrum photography when its uses are limited. By placing various filters in front of the camera lens I can shoot in various levels of infrared and ultraviolet light. The full spectrum has some limited value, but slicing up different bands of the spectrum is where the fun begins. I’ll be publishing an ebook later this year on infrared and extra-spectrum photography, so don’t be surprised if you see more images like this through the summer!

The water was mostly calm, but a few ripples on the surface caused some star reflections to become slightly chaotic, resembling recorded sound waves. A lot of deep shadows were pulled up to help balance the image and keep a surreal feel to the overall composition, and it’s amazing to think that all of this was lit exclusively with the light of the cosmos. There was no moon, and no light painting done. It was a spectacular night.

As I lay under the stars being serenaded by a variety of frogs (take a listen: donkom.ca/extra/frogs.mp3 ) I couldn’t help but feel at peace. I was doing what I love – exploring the unseen world and experimenting with photography, and finding time to enjoy the natural world around me. I was feasted on by mosquitoes and other insects of the night, but it didn’t bother me. I was in my element. :)﻿ 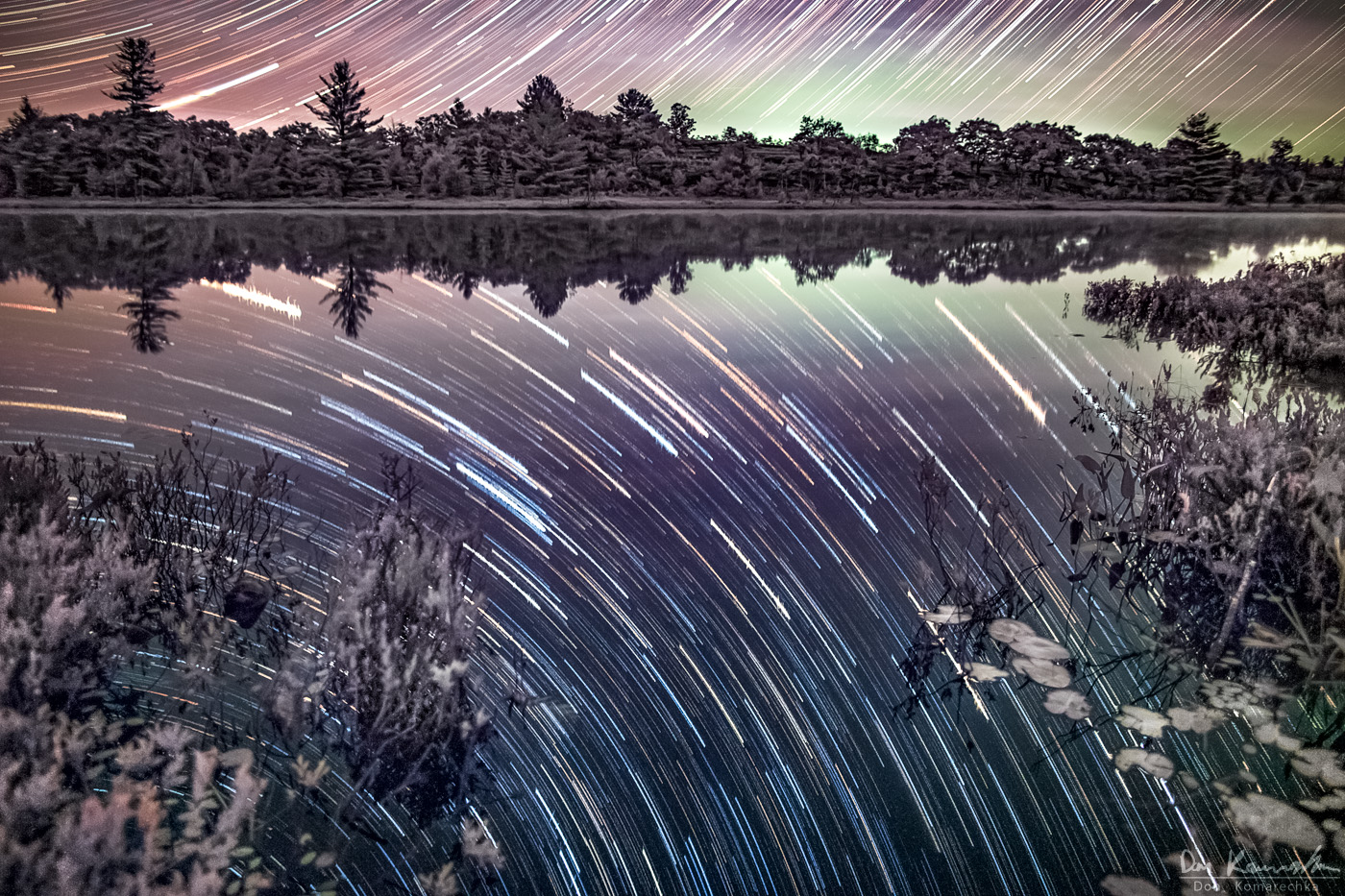