An Eastern Kingbird caught what looks to be a June Bug, and played with it for a little while before deciding on the best course of action: up in the air, and then down the hatch.

I was trying to catch the bird in action, and ended up with almost 50 photos of it when I got home. In the field, I had no idea I had gotten this image, and it made my day.

Its always better to take more photos than you need – it doesn’t cost anything. I always keep shooting even after I think I’ve gotten the best shot possible. Occasionally I’m wrong and I find something even better. 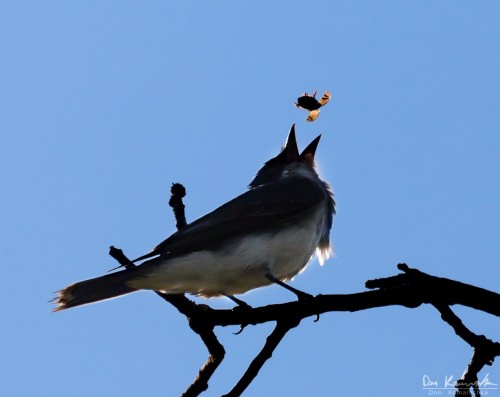