This is probably the most photographed tree in Ontario. Known as the “Killbear Pine”, it sits on the shore of Georgian Bay in Killbear Provincial Park. It’s a fantastic little tree that has been the subject of photographs and paintings for decades.

I decided to shoot this tree in infrared, with a dramatic sky behind and the sun casting flare into the frame. This is taken with a fisheye lens, with the horizon distortion corrected in post using Photoshop’s “Warp” tool rather than the lens correction tool that stretches pixels too much for my taste. This provides an expansive sky that includes the sun which was quite distant from the tree in reality.

Flare is common in infrared photography, because the lens coatings used to reduce flare are ineffective outside of the visible spectrum. These coatings are based on the principles of “thin film interference” and are engineered to interact only with specific wavelengths of light. While there are IR anti-reflective coatings, normal lenses don’t utilize them, and flare becomes an element at play.

That doesn’t mean flare is a bad thing. I think it adds balance to the frame overall and helps the sun “point” to the tree. Flare can be used creatively and shouldn’t be avoided without exploring the possibilities of what it can add to the image!

It’s on my list to revisit this tree at night and do a star trail photograph there – maybe even in infrared as well! 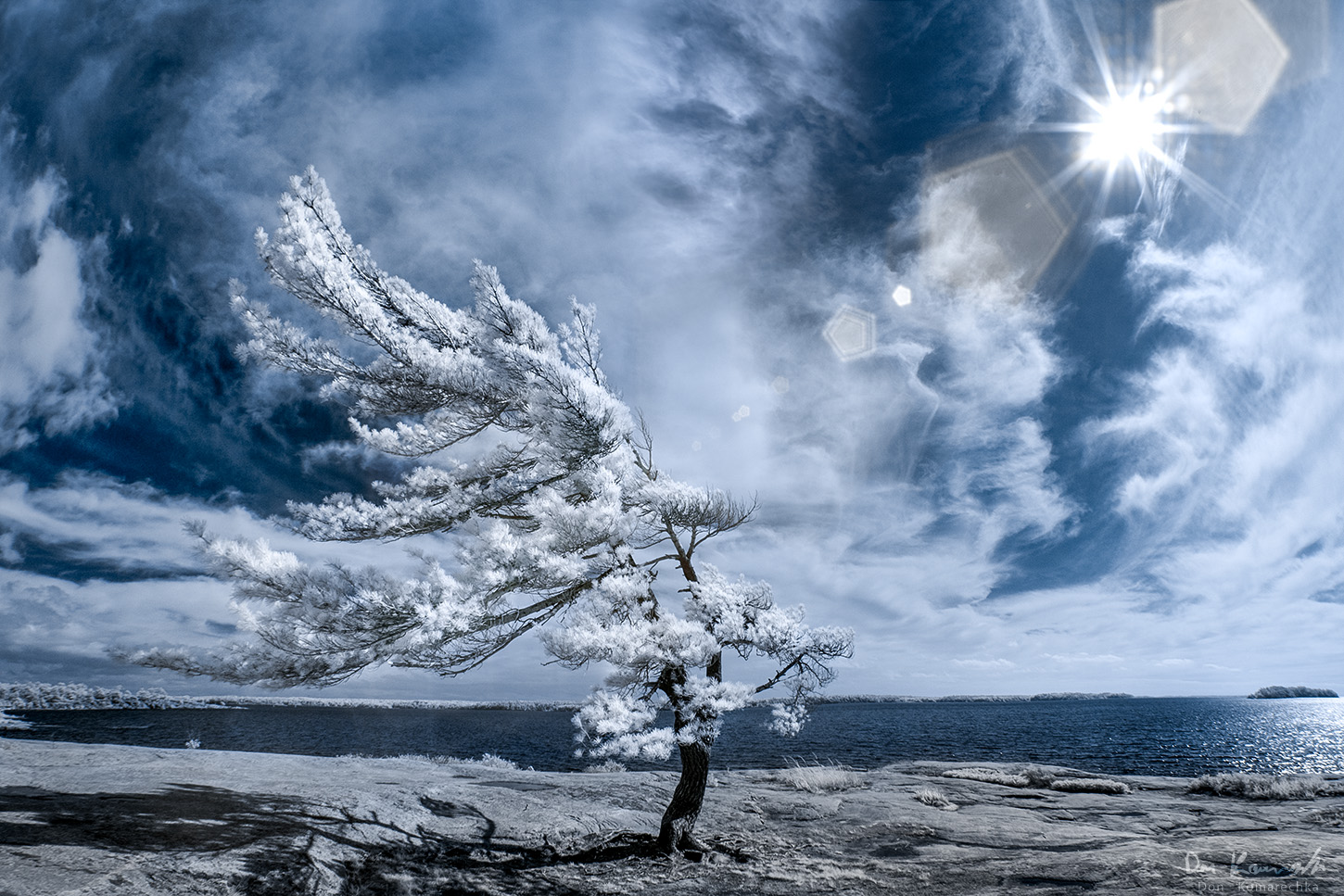