In the middle of the Yukon Wilderness, you’ll likely encounter sights like this. Further north and more inland than the Rockies, the Yukon is covered with mountains that create a rich and textured landscape. Few people get to see these, and even fewer capture them in infrared light. View large!

This image was taken during an expedition in 2014 where I was traveling with a group of hunters, and I didn’t give it much attention at the time – I just rediscovered it spent the time today to edit it. For those of you that enjoyed yesterday’s snowflake photograph during a heat wave, this one might help a bit more!

Much of the image is in shadow which makes the classic infrared “glow” of foliage a little less obvious, even more so with an evergreen forest in the background (deciduous trees tend to reflect more infrared light). The reason for shooting this image in infrared was more to do with how the sky would turn out. The nature of infrared photography pushes clear skies darker while the clouds brighter, effectively amplifying the contrast when you have a nice play between those two elements in the frame. The choice to shoot this in infrared is what gives the image its depth!

The colours here are “false”, in the sense that infrared light isn’t mapped to any colours that we can perceive with our own eyes and minds. As with most of my infrared work, I try to re-map these colours into something familiar – a blue sky. This involves swapping the red and blue colour channels in Photoshop as well as some hue/saturation shifts, but the process is fairly straightforward and mostly automated.

One of the key techniques that I’ve been using lately for my landscape work has been to run a version of the image through Nik Silver Efex Pro 2 (free software: www.google.com/nikcollection/ ) which does a great job at creature “structure” in black & white images. This monochrome version of the image is added back to the original image in Photoshop as a layer with its blending mode set to “Luminosity” which allows the colour to be added back into the enhanced monochrome image. It’s a shame that Google has stopped updating the Nik Software Collection, but for now – it still works like a charm! 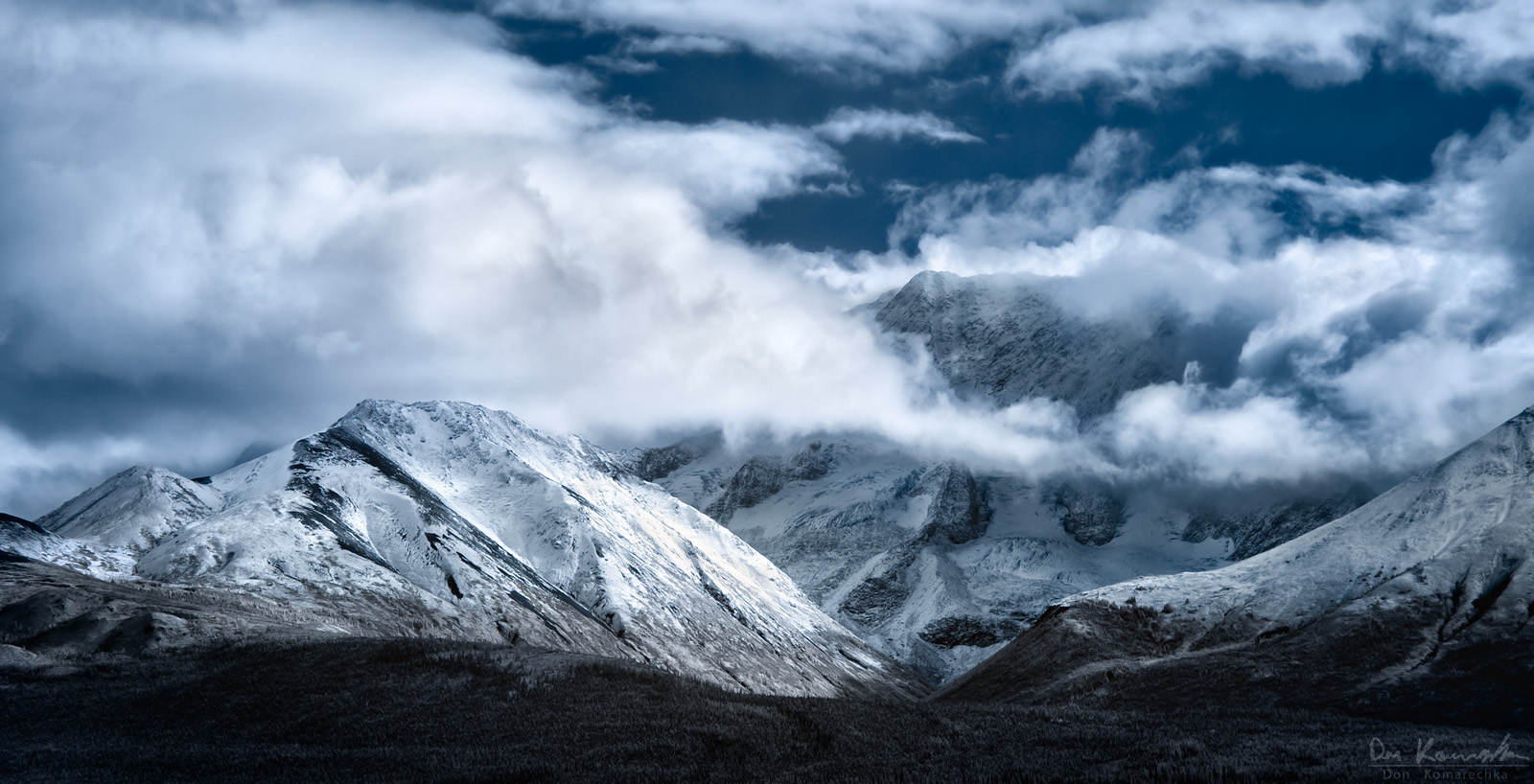