Spending some time in local marshes generally means encountering many Tree Swallows. These little birds can often be seen flying quickly and erratically around in the air as they hunt for insects.

Tree Swallows take very well to nesting in man-made bird houses. The problem, it seems for these two birds, is that there aren’t enough houses to go around. The fight is on!

I stayed still and hidden nearby, waiting for the birds to return after I first spotted them. A half hour or so later, a small group of birds returned and began fighting for the nesting house. I’m not sure if there was a clear winner at the end of it, but from this photograph one clearly has the high ground! 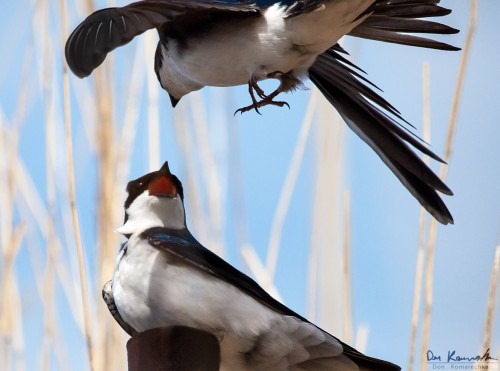