While this image contains no dancing or moonlight, I thought it was an appropriate title for the visual, which feels just as magical. You’re seeing a Christmas Rose (a member of the buttercup family of flowers) illuminated by ultraviolet light, speckled with fluorescing powder around the scene for the shapes / bokeh you see in the foreground and background.

The object in the upper left corner is the ultraviolet flash which is providing all the light for the scene. I had images with it placed farther away, but I felt it helped build a connection to the flower, even with the odd-shaped flare radiating through the center of the frame. The flower and the light weren’t the more curious part of this image, however. That falls to the choice of lens!

This photograph was shot with the Canon 15mm fisheye lens. I attached a 12mm extension tube to it, which shifted the focus so severely inward that what would normally be “infinity” is not touching the front element of the lens. Here’s a behind-the-scenes image that shows the closeness of the flower and optics – they are smushed up together. A black tablecloth is placed behind and I sprinkled a bit of UV-fluorescing powder on it, some of which ended up on the flower and some ended up on the lens itself as well as the background. This creates all the shapes you see in the frame.

These shapes are largely pentagonal because the Canon 15mm fisheye has five aperture blades, so the resulting bokeh has five sides. Some of these shapes are distorted around the edges, probably due to a combination of the powder being on the lens and being close to the edge of the frame.

The pollen of this flower glows so very beautifully under UV light, I need to make more images of it. This was just an initial artistic experiment that went into so strange directions! Initially, I wanted the out of focus dots to be stars, photographed against the night sky. When I tested the possibilities, the stars didn’t perform well enough at this focus setting, producing a bland night sky. The light points needed to be closer, and a few hours of experimentation resulted in the image we have here.

It’s not perfect, but I think it might be one of the most magic “macro fisheye” images created. For that, I’m very happy with the results!﻿ 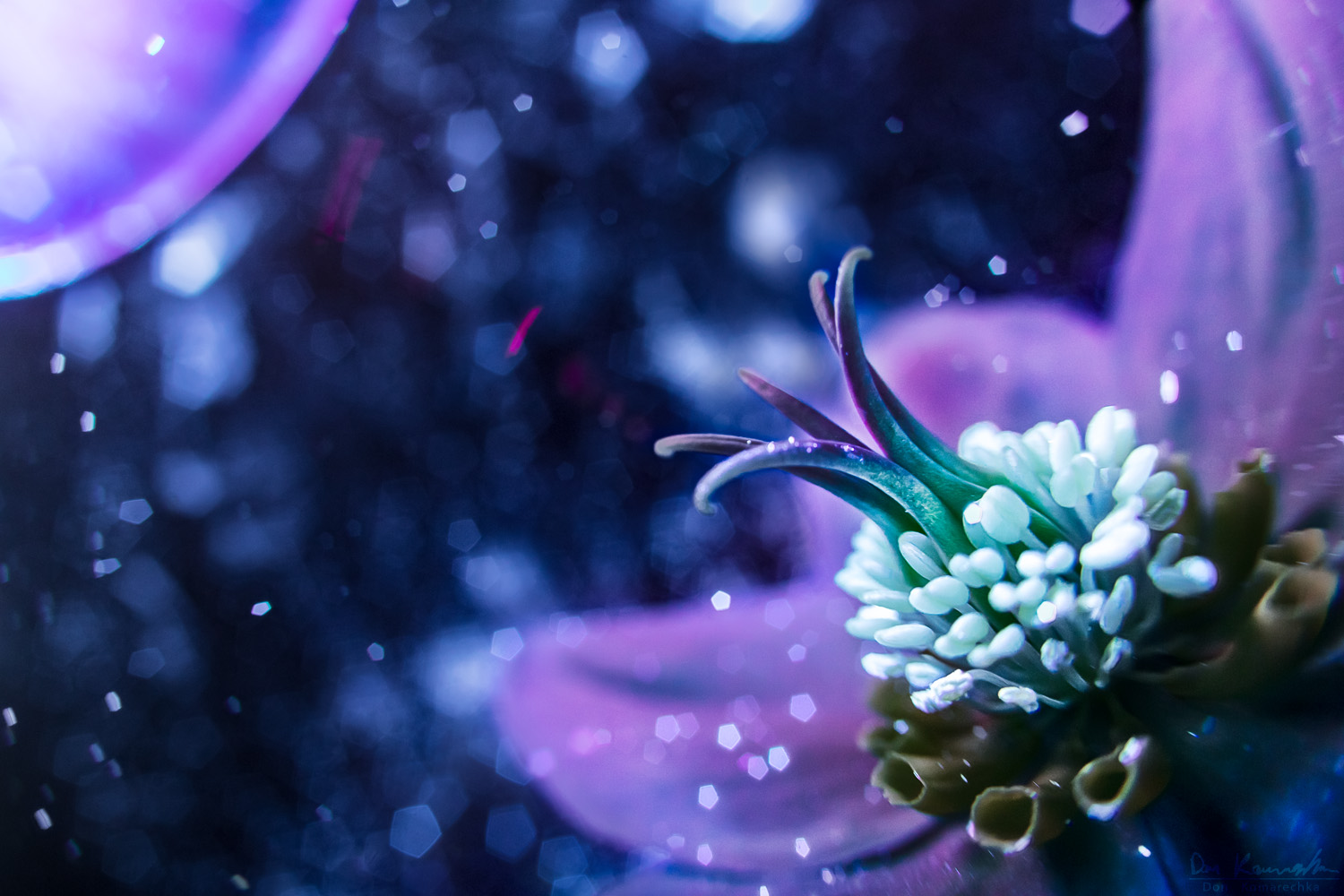