The Island and the Storm

I call this image “The Island and the Storm”, photographed near the bottom of a small waterfall. The swirl is created by froth on the water slowly spinning as it settles and calms after the waterfall.

It was a fun photograph to compose, and one that requires a certain level of previsualization. It would be hard to see the “swirl” with your eyes, with it only becoming noticeable after 10 seconds or so. This exposure is even longer, giving a full spinning motion.

The circular pattern here was surprising to me when I first saw it on the camera’s LCD screen. I knew it would be swirling a little, but I had no idea it would be so perfectly round. It reminds me of photographing star trails and trying to get the north star in the frame, and having all of the stars spin around it. In this case the stars are bubbles, but the framing is quite similar.

I had been to this particular waterfall countless times before, and each time I find a new image to capture. 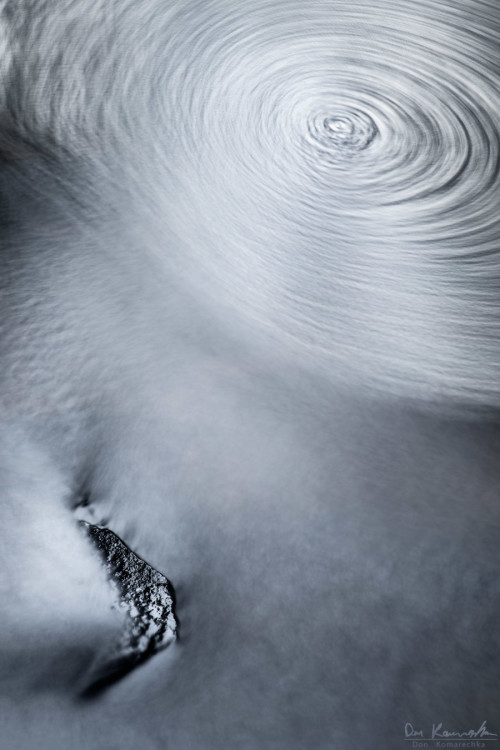