What better combination to showcase the beauty of winter than a glowing freezing bubble presented on the evergreen leaves of Holly? View large!

Holly has been symbolic since the time of the ancient Romans, if not before. It was the sacred plant of their sun god Saturn, and symbolized friendship, good luck and fortune in the year ahead. The Druids considered Holly to have mystical powers and was used to treat a number of ailments. Christianity has close ties to the plant as well, known as “Christ thorn” in some languages and symbolizes the crown of thorns. Whether or not you believe Holly has historical symbolism, it’s a resilient plant with beautiful leaves throughout the entire winter.

This freeing soap bubble is made with invisible ink which fluoresces under ultraviolet light, and is lit exclusively with UV light from specially modified flashes. Many bubbles had burst before I got this shot, which resulted in scattered glowing debris on the snow which added extra life to the photo. The bubble mixture used here is 6 parts invisible ink, 2 parts dish soap, and 1 part white corn syrup. It’s the same recipe I use for “regular” freezing bubbles, but the water is replaced with invisible ink designed for fountain pens – Noodler’s Blue Ghost to be specific.

We have a Holly bush in our front yard, so sourcing the materials was easy. It didn’t look right on its own with no snow cover, so a gentle sprinkling of nearby fallen snow on top helped it blend in with the background and add ambiance to the image. This image is made on my patio table in my backyard, just a Holly branch, fresh snow, and some invisible ink bubbles freezing in the cold winter air.

The image was shot with lens known for its beautiful bokeh, the Meyer Optik Goerlitz Trioplan 100. When shooting wide open it has what’s referred to as “soap bubble bokeh”, which is very befitting of such a subject. The foreground and background out-of-focus details take on this characteristic of circular bokeh with the outer edge brighter than the inner areas; this adds a little extra magic to the image. The corners of this lens are decidedly NOT sharp wide open, with the optical formula dating as far back as 1916 and commonly produced commercially in the 1950s and 1960s. I’m using an undated version of the lens for modern cameras because I love the visual effect, but the optical formula remains the same.

For more winter magic on a much more extreme magnification, check out my book Sky Crystals: www.skycrystals.ca/book/ – it details the beauty, science, and photography of snowflakes. Worth the read for anyone interested in macro photography in the winter, with prices in Canadian Dollars! 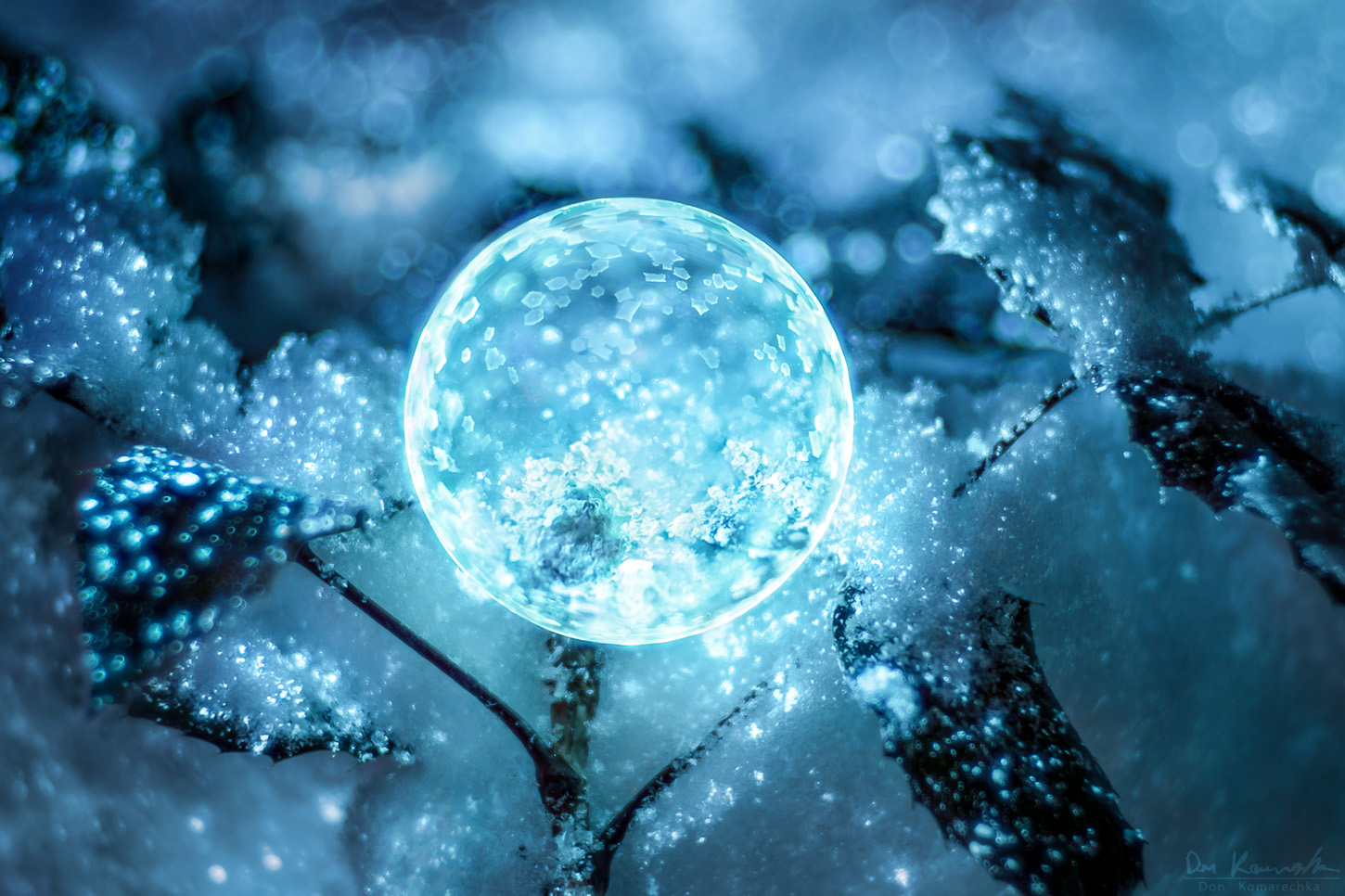