Most insects in this area of the world are rather tame in appearance compared to the tropics. Because of this, slight deviations from the norm are quite eye-catching, such as this green wasp. Apparently it was having a very good day!

I stayed in one spot for a few hours, simply waiting to see what would come along. I could have stayed in one spot all day and would have never photographed everything. These white flowers attracted every type of insect from flies to spiders and butterflies to beetles.

The most iridescent creature to come by was this little guy. 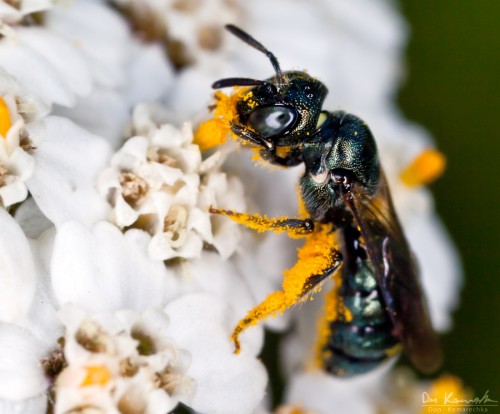