This image symbolizes the spirit of my photography: experimenting with light and physics to create something magical entirely in camera. Read on to learn how it’s done! View large!

We are experiencing cold weather with very calm winds at the moment, perfect for photographing soap bubbles as they freeze into frosty orbs of ice. Ideal temperatures arrive at -10C / 14F in my opinion, though you can have some success at slightly warmer temperatures. If it’s too warm, the frost will not grow on the bubble fast enough. Too cold and the bubble will be frozen before you can take a picture!

The normal bubble solution is 6 parts water, 2 parts dish soap, and 1 part white corn syrup. The bubbles would form just fine without the corn syrup, but they would burst on impact with the snow. If the bubble mixture is blown from a straw and the bubble is left to sit at the end of the straw for a second or two before setting it in place, the corn syrup will pool at the bottom of the bubble and act as a cushion and allow the bubble to stay intact. The formula is the same for this bubble, except for the water.

I substituted the water for invisible ink. Noodler’s Blue Ghost is the best I’ve tried so far, originally intended for fountain pens. It fluoresces blue under ultraviolet light, creating the glow you see in the foreground. I’m using a modified Yongnuo 685 flash that emits only UV light, so it would normally be invisible to the camera and our eyes when firing. The light from the flash only becomes visible when it encounters something with fluorescent properties and then some wavelength of visible light is reflected. Blue for the foreground, and orange for the background.

I used another Noodler’s ink for the background, specifically Dragon Catfish Orange which is highlighter ink. I placed a variety of drips around the background to create the effect, trying hard to make the drips as small as possible, which would make for better specular highlights needed in the next stage of this trick – the bokeh.

This image was taken with an unexpected lens – the Daguerreotype Achromat 64/2.9 from Lomography. The lens is inspired by the very first photographic optic, which I find inspires my creativity in some interesting ways. This lens, as well as others created by Lomography, have drop-in aperture plates, which is how I’m achieving the snowflake bokeh. Part of the Kickstarter campaign was the inclusion of an extra set of experimental apertures, and one of these was shaped like a snowflake – I knew I needed one for exactly this purpose. Out-of-focus light points will take on the shape of whatever aperture the light passes through, which would be hexagonal on my “daily driver” MP-E 65mm macro lens. This allows for a different feel that definitely adds magic.

You can create different shaped bokeh on a normal lens, too! Just set your aperture wide open and place a cut-out of whatever aperture you’d like in front of your lens. It can be as simple as a black piece of construction paper that is taped to the front, and this kind of experimentation becomes real. That said, it’s incredibly difficult to make it work in a useful way – not because it doesn’t work, but because it can feel overly gimmicky or you just don’t get good specular highlights for decent bokeh.

Because I’m using UV light and fluorescence, the snow doesn’t glow – only the inks. The blue specks in the background are from previous bubbles that popped, adding just enough extra mix to the oranges to reveal the snowflake shapes. This perfect scenario for bokeh is very difficult to find naturally, with the only close comparison being dew drops at this scale. Part luck and part engineering, the highlights found themselves in the perfect spots.

I can’t tell you how difficult this image was to make. The Daguerreotype Achromat is a difficult lens to use, and most other images taken with experimental apertures didn’t have focus where it was needed or things just felt too soft. I spent two days experimenting and much of what I shot is useless. I’m glad I didn’t give up on it though – this image is my reward.

If you’re interested in my winter macro work, you might also enjoy a copy of my book Sky Crystals: www.skycrystals.ca/book/ – while it doesn’t tell you how to make snowflake bokeh, it does detail everything you could ever want to know about photographing real snowflakes. You won’t be disappointed! 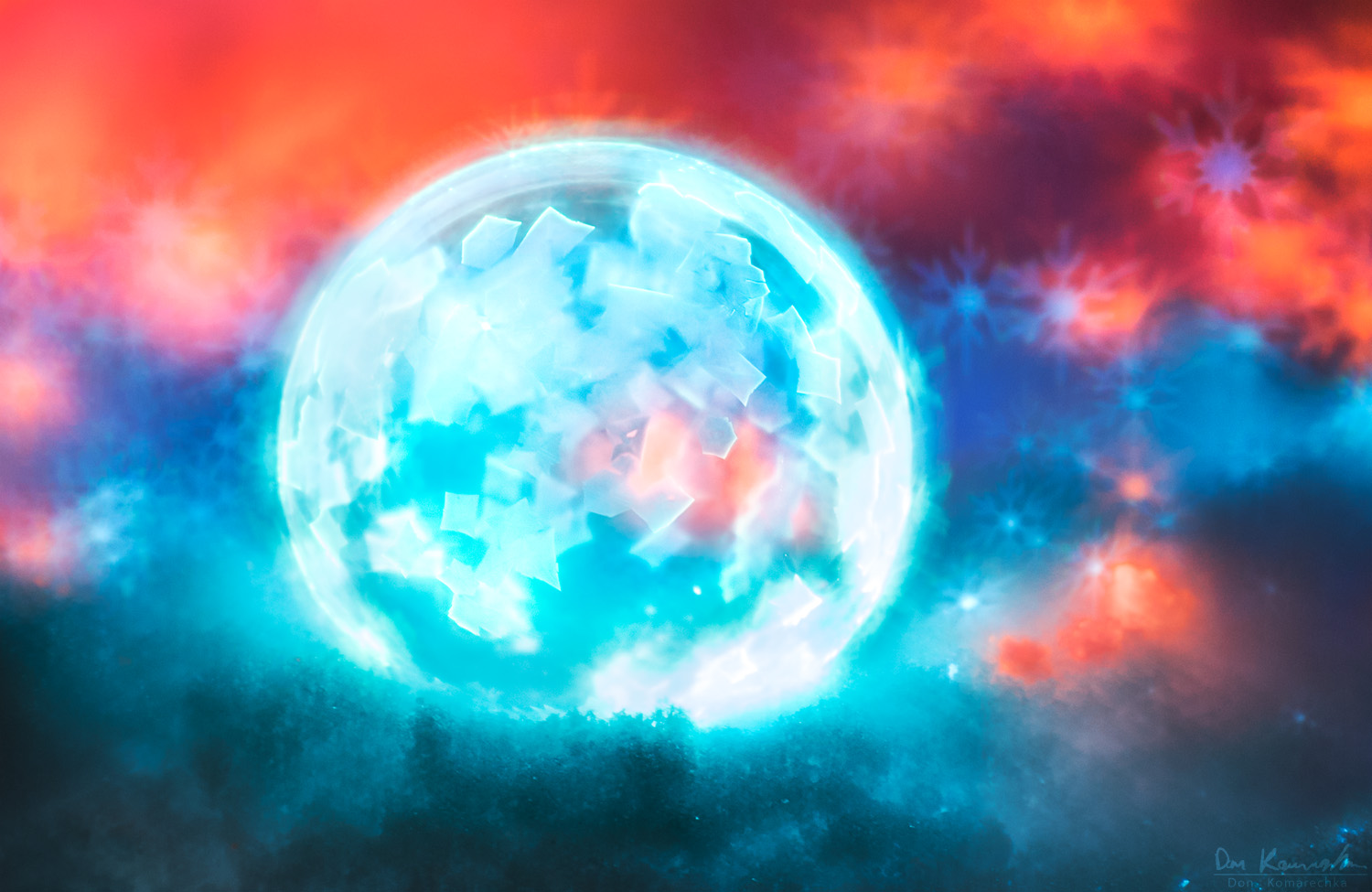