A ladybug feasting on aphids is nothing new – but it takes on an otherworldly appearance when photographed in ultraviolet fluorescence. View large!

Wandering through my garden the other day, I noticed this ladybug and colony of aphids on the underside of a Seneca Plum leaf. Immediately, thinking of the opportunity that presents for another fun UV shot, I scrambled together my setup for such images with a “test leaf” of comparable size to get the camera settings and focus perfect for the real subject. Here’s a shot of the setup and my test leaf: donkom.ca/bts/IMG_2994.JPG

Knowing that all I needed to do was transfer the leaf with all of its inhabitants to the studio, I grabbed a small pair of cosmetic scissors to very careful sever the leaf from the tree and place it in front of the camera. This was the first shot taken.

What I hadn’t noticed before was the strange growths on the ladybug. This would appear to be a parasitic fungus, Hesperomyces virescens, which is commonly found on Harlequin Ladybugs. It doesn’t impair the beetle in any way, thankfully! It fluoresces green as do the aphids, the first time I’ve seen this colour of fluorescence in insects.

The ladybug itself had a pale brown colour resulting from UVIVF (ultraviolet-induced visible fluorescence), but I nudged those colours back to the characteristic “red” we all know ladybugs to be. The eyes are blue, and that seems to be a standard with most bugs I’ve seen – from spiders to cicadas – in these conditions.

It’s important to note that the leaf and the aphids were exactly the same colour in the visible spectrum. The eyes of the ladybug are normally black, and the fungus on its back was a yellowish colour. The colour things are to our own eyes have no bearing on what colour they can potentially fluoresce to! (Iris leaves, for example, fluoresce orange)

Another successful experiment! The ladybug flew off somewhere in my studio and hasn’t been seen since, and the aphid colony has found a new home inside my Praying Mantis enclosure. It was their fate one way or another! 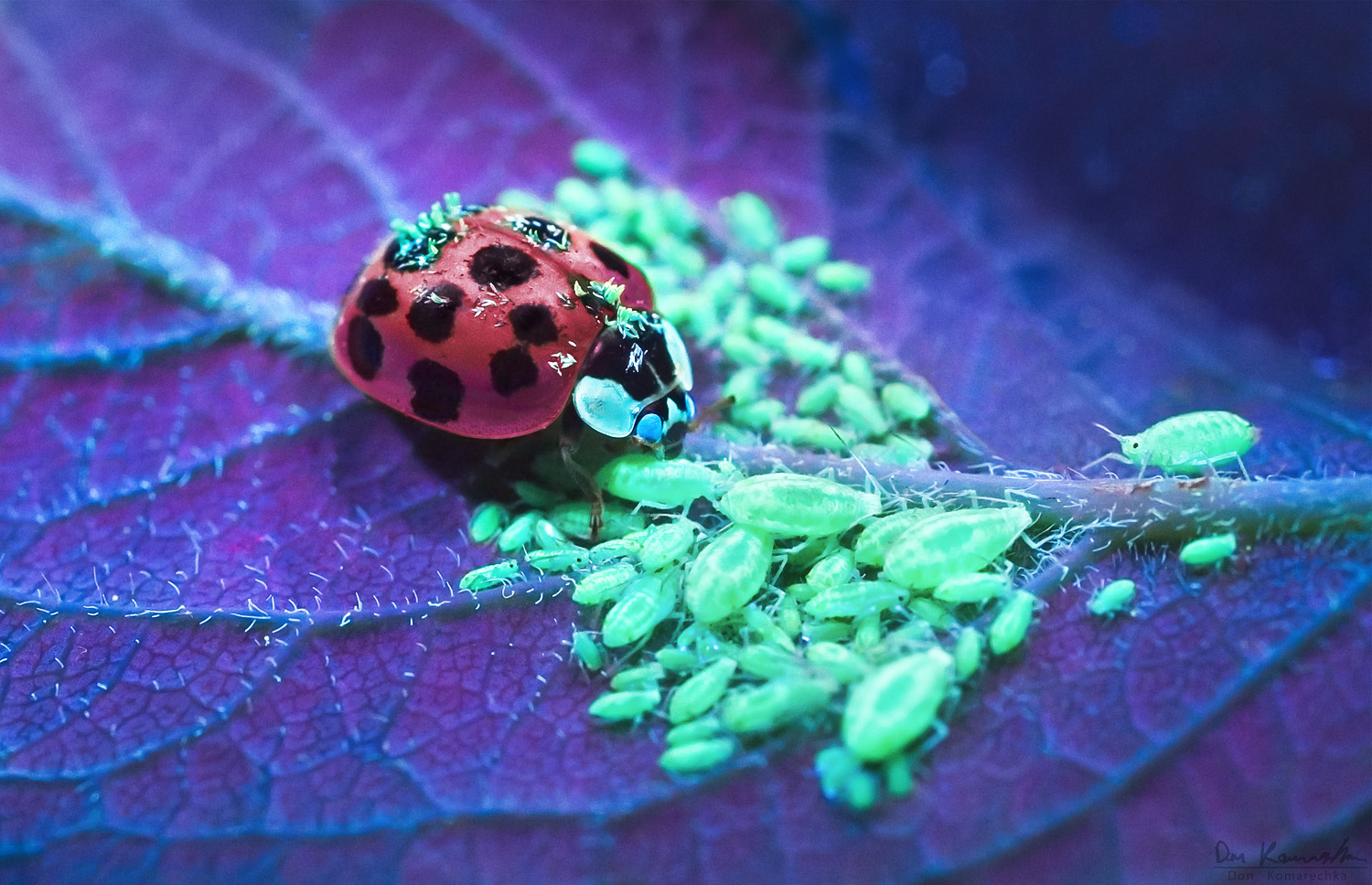