This image was a fun experiment, and one I debated sharing with you. It was more a “proof of concept” than anything else, and it has spawned a number of crazy ideas that I’ll keep bottled up for the moment. This is a Dandelion seed that was sprayed with invisible ink as if it was water to create droplets of ink all over the seed’s “sail”. View large!

Lit with ultraviolet light that then reflects back in the visible spectrum, the only light you see here is the light that is effectively glowing from the droplets themselves. The only refraction of light appears to be other lines from the same seed, but the image still holds a magical quality.

The act of spraying this seed with a mist bottle full of invisible ink was quite messy, and specks of ink ended up all over the place, including on top of a Gerbera Daisy that was sitting nearby. As soon as I noticed the glowing dots over that flower, it inspired me to post the image I shared a few days ago titled “A Universe Born”. Those droplets were a complete accident, but from this mistake I discovered a concept that I was very excited about.

Often it’s not my initial idea that I end up sharing, but the final evolution of that idea through a shooting session. I wanted to share this “earlier step” in my creative process to showcase the unknown path that my photography shoots take me on. I get excited because I have an idea to start with, but the real fun comes when that initial idea leads to something new.

This image is a focus stack of a few frames to make sure that the lines of droplets in the foreground were sharp. I had all the frames to bring everything into focus, but it seemed to be too much, too cluttered. I opted to leave the back lines out of focus to add more importance to the dominant lines in the image.

As the name of this image might imply, future ideas will use a droplet-covered dandelion seed as a light source. 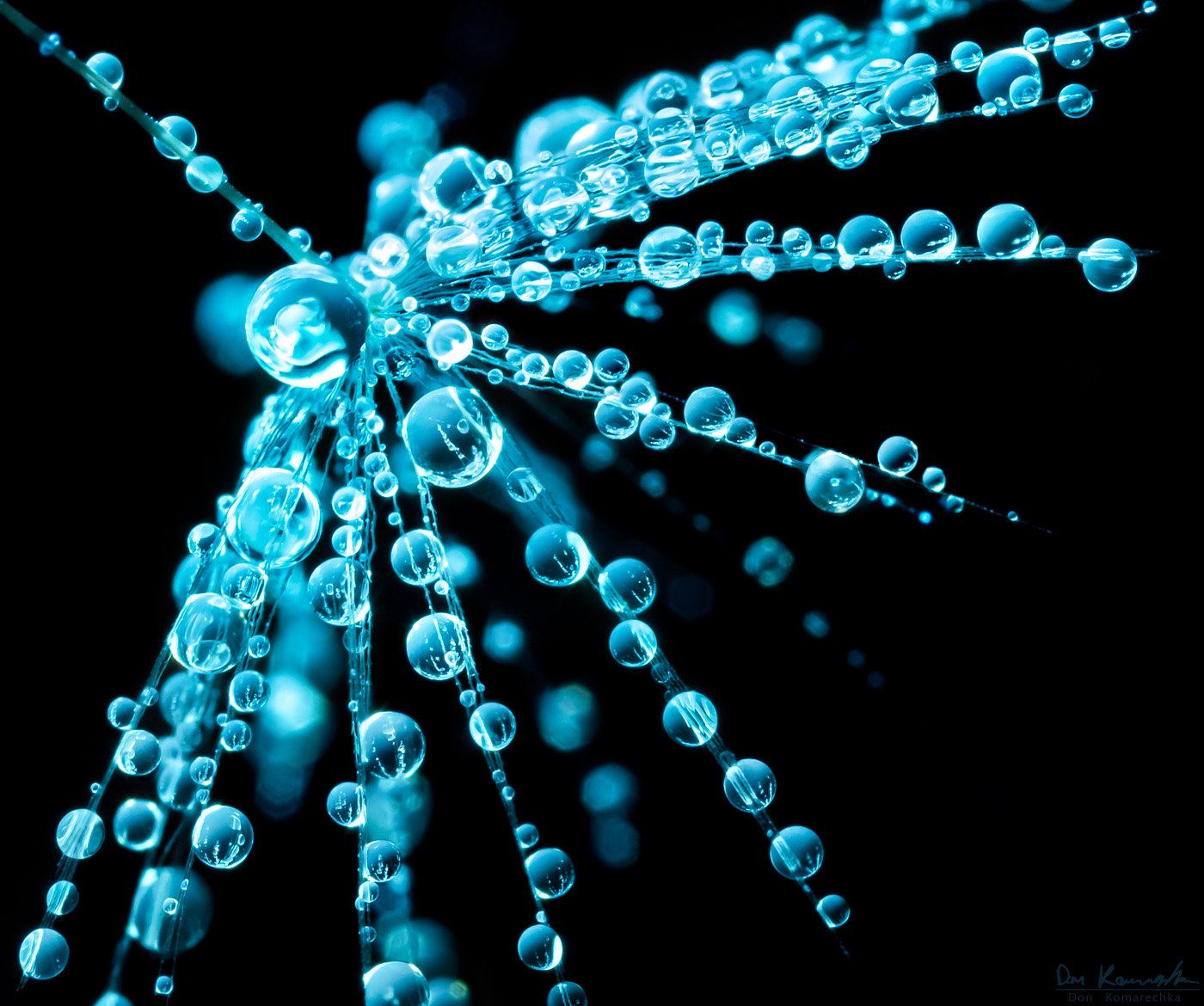