In its simplest form, this is a photograph of water in a cup on a kitchen counter. The photo takes a life of its own by freezing the motion of droplets, making the water appear to “dance”. A great example of how a camera sees the world entirely different from us.

To get the water to glow, I used a ring flash held directly over the cup. The light bounced off of the inside of the white cup and reflected back upwards. 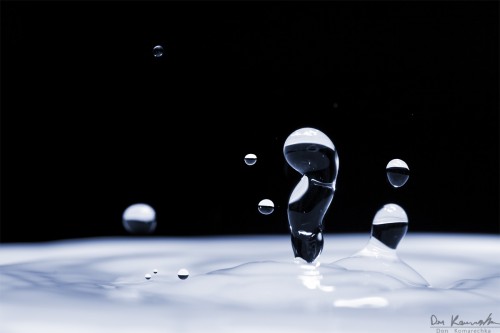