I probably wouldn’t view this image large if you have a fear of spiders, and I promise this will be the only close-up of a spider you’ll see in my stream… but I had to share this. For those unafraid, view large!

The same Bold Jumping Spider I shot on an orchid played nice for one extra photo during that session: resting on a first-surface mirror and photographed in ultraviolet light, the small creature gave me light back in the visible spectrum that the camera captured. Ultraviolet-induced visible fluorescence can make a flower glow beautifully, but in the insect world it also packs a punch. I’m not sure if I should be amazed or terrified by this, but both might be appropriate.

I’ve previously photographed a cicada as well as mosquitoes using the UV fluorescence technique, so I knew there could be something interesting as a result… but you never know until you see the results on the back of the camera. The image is made with very little ambient light, just enough for LiveView to give me focus confirmation. I move the mirror around in front of the camera which is fixed on a tripod (the only time I use a tripod for my macro photography), which helps me frame the spider that is actively moving.

The image is made with three custom UV flashes I built at full 1:1 power at point-blank range. They can take 1-3 seconds to full recharge for another shot which limits the opportunities to shoot. I took about four images of this spider and this one felt like winning the lottery in terms of focus!

While spiders fluoresce, they do so VERY slightly. Imagine having three flashes at point-black range, maximum power, and I still need to shoot at ISO 5000 and F/6.3 in order to get a bright enough image. You would never see this kind of image in nature, not only because you’d be hard-pressed to find a natural UV-only light source, but you’d need damaging levels of exclusively ultraviolet light to see this with your own eyes.

And that, in my opinion, makes it awesome.

If you’re curious to play with my ultraviolet gear, I’m absolutely willing to book private workshops to help you explore it. Just send me an e-mail to don@komarechka.com 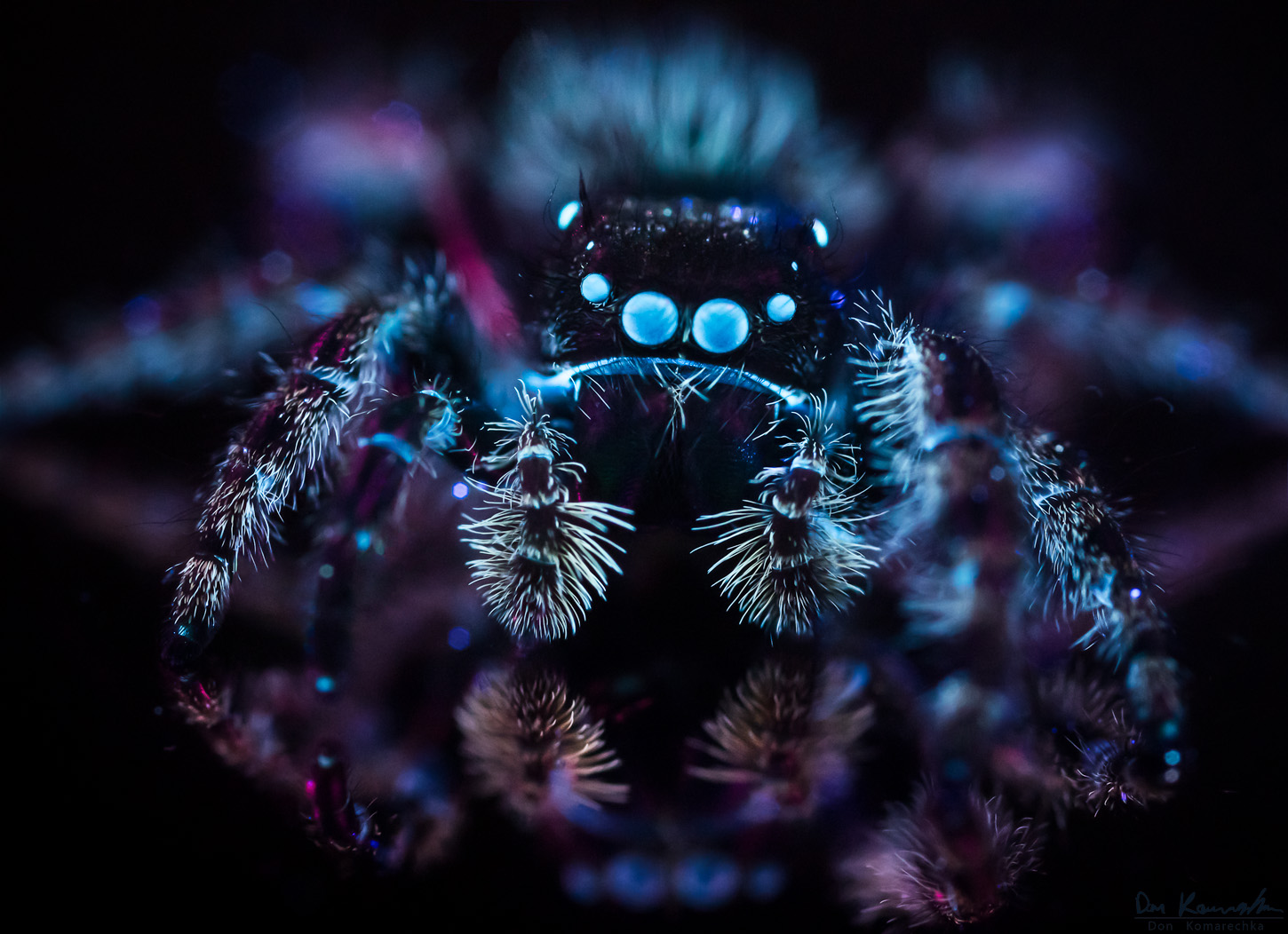